In Memory of Thomas Paine by Walt Whitman

Some thirty-five years ago, in New York City, at Tammany Hall, of which place I was then a frequenter, I happened to become quite well acquainted with Thomas Paine’s perhaps most intimate chum, and certainly his later years’ very frequent companion, a remarkably fine old man. Col. Fellows, who may be remembered by some stray relics of that period and spot. If you will allow me, I will first give a description of the Colonel himself. He was tall, of military bearing, aged about 78, I should think, hair white as snow, clean-shaved on the face, dressed very neatly, a tail-coat of blue cloth with metal buttons, buff vest, pantaloons of drab color, and his neck, breast and wrists showing the whitest of linen. Under all circumstances, fine manners; a good but not profuse talker, his wits still fully about him, balanced and live and undimmed as ever. He kept pretty fair health, though so old. For employment – for he was poor – he has a post as constable of some of the upper courts. I used to think him very picturesque on the fringe of a crowd holding a tall staff, with his erect form, and his superb, bare, thick-haired, closely cropped white head. The judges and young lawyers, with whom he was ever a favorite, and the subject of respect, used to call him Aristides. It was the general opinion among them that if manly rectitude and the instincts of absolute justice remained vital anywhere about New York City hall, or Tammany, they’re to be found in Col. Fellows. He liked young men, and enjoyed to leisurely talk with them over a social glass of toddy, after his day’s work, (he on these occasions never drank but one glass.) and it was at reiterated meetings of this kind in on Tammany’s back parlor of those days, that he told me much about Thomas Paine. At one of our interviews he gave me a minute account of Paine’s sickness and death. In short, from those talks, I was and am satisfied that my old friend, with his marked advantages, had mentally, morally and emotionally gauged the author of "Common Sense," and besides giving me a good portrait of his appearance and manners, had taken the true measure of his interior character.

Paine’s practical demeanor, and much of his theoretical belief, was a mixture of the French and English schools of a century ago, and the best of both. Like most old-fashioned people, he drank a glass or two every day, but was no tippler, nor intemperate, let alone being a drunkard. He lived simply and economically, but quite well – was always cheery and courteous, perhaps occasionally a little blunt, having very positive opinions upon politics, religion, and so forth. That he labored well and wisely for the States in the trying of their parturition, and in the seeds of their character, there seems to me no question. I dare not say how much of what our Union is owning and enjoying today – its independence – its ardent belief in, and substantial practice of radical human rights – and the severance of its government from all ecclesiastical and superstitious dominion – I dare not say how much of all this is owing to Thomas Paine, but I am inclined to think a good portion of it decidedly is.

But I was not going either into analysis or eulogium of the man. I wanted to carry you back a generation or two, and give you by indirection a moment’s glance – and also to ventilate a very earnest and I believe authentic opinion, nay conviction, of that time, the fruit of the interviews I have mentioned, and of questioning and cross-questioning, clenched by my best information since, that Thomas Paine had a noble personality, as exhibited in presence, face, voice, dress, manner, and what may be called his atmosphere and magnetism, especially the later years of his life. I am sure of it. Of the foul and foolish fictions yet told about the circumstances of his decease, the absolute fact is that as he lived a good life, after its kind, he died calmly and philosophically, as became him. He served the embryo Union with most precious service – a service that every man, woman and child in our thirty-eight States is to some extent receiving the benefit of today – and I for one here cheerfully, reverently throw my pebble on the cairn of his memory. As we all know, the season demand – or rather, will it ever be out of season: -- that America learn to better dwell on her choicest possession, the legacy of her good and faithful men – that she will preserve their fame, if unquestioned – or, if need be, that she fail not to dissipate what clouds have intruded on that fame, and burnish it newer, truer and brighter, continually. 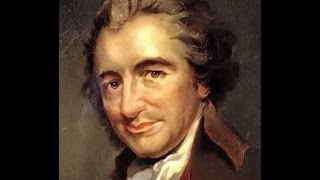